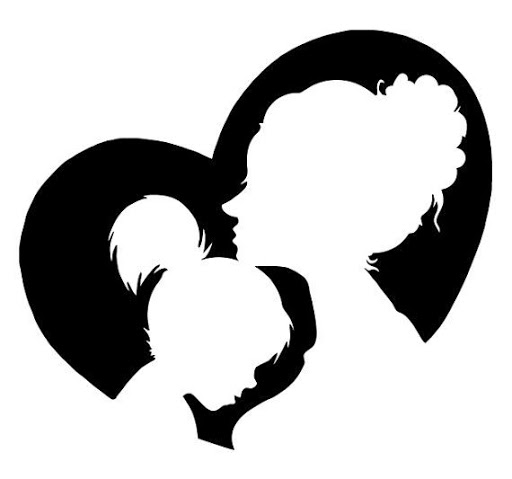 “She thinks just like her father, just like a man,” I remember, as a girl, my grandmother saying proudly, above clicking knitting needles, about my mother, as if this were the highest possible compliment she could bestow upon her daughter.

I understand why the analogy came in handy. Mid-20th century society lacked the language for my mother, a STEM pioneer, the first woman to earn a degree in Civil Engineering from M.I.T. and later, as head of her own contracting firm, overseeing the construction of buildings throughout New England.  When she was the first woman elected to M.I.T.’s Chi Epsilon Honor Society, they called her, simply, “Brother Natalie.”

But it makes me wonder who is served when we characterize the way a person thinks as if it is better suited to a different gender, or someone else.  What would it mean if we said, “he thinks just like a woman?”  Why can’t we all just be comfortable thinking like ourselves, whoever we are?

For my mother, numbers, angles and structures were the secrets to unlocking life’s treasures.  At 16, a star math student at Brookline High, her high school yearbook entry read, “I want to be an engineer, just like Daddy.”

She was eager to follow in the mud-hardened work boots of six generations of builders.  Yet when she did, the press would trivialize her with headlines like “Cute Brunette is Successful Contractor!” or “They got a Dame Running the Job!” that focused on her femininity, how she adorned the landscape rather than how she was changing it.

This fixation on her femaleness irked her.  I wonder how she felt, when the way she naturally thought was assigned outside of herself, as if her mind could not be hers, as if she could not lay claim to it.

I, of course, revered her; wanted to slide into her every footstep.

But for me, letters and words were the gemstones of my heart, my way of making sense of the world. The undulating rhythms of sentences, like portals to enchanted waters, helped me feel a connection as strong as any reinforced steel beam.

Our different ways of thinking would collide one day on the living room sofa, when she was helping me with a high school algebra problem. As she pressed me to calculate how many miles a bird, zig zagging between two oncoming trains, would travel before the speeding locomotives crashed, my mind emptied.  My words seemed to waft away on a spiral of steam. I recall my searing humiliation, as an exasperated look of disappointment washed over her face and I interpolated her thoughts:  She had given birth to a girl-child who showed little promise of thinking like a man.

I felt betrayed, naked, especially because these were called “word” problems – and I was supposed to be really good at words.

It was like an irritating bit of grit, a grain of sand, had wedged into the soft flesh beneath my fingernail.

My relationship with words would be tested again, as I contemplated my future after college. In a senior English essay, I expressed gratitude for writing for “giving me my own special skill, my own voice,” while also divulging in the next sentence that mom “didn’t approve” of it.”

“Grandpa, who brought mom up as an engineer, didn’t think the arts were a worthwhile investment,” I ventured.  I mourned the banishment of other writer-relatives; Uncle Arnie whose admission to the Iowa Writers Workshop was forsaken so he could become a construction bookkeeper; and my mother’s own sister who’s prize-winning story about a Depression-era family that favored a mathematically-gifted daughter struck a bit too close to home.

“Mom and Gram would never forgive Lilla for writing it,” I penned. “So writing, particularly about the family, was out.  It wasn’t safe.  And it certainly wasn’t nice.”

I decided to approach my future from a more secure angle: I would learn to think like a man.  So, I mastered the Bernoulli trial, Modigliani-Miller theorem, and Poisson distribution in business school classes in Statistical Analysis and Inference and Managerial Accounting and Financial Control. At times, I would feel like a fish in the wrong ocean in classes filled mostly with men; bankers and investors.

But I was my mother’s daughter: I figured out how to succeed.

Later, I used words strategically to drive growth at the Fortune 500 companies whose brands I marketed.  It was always the way I used words that propelled me upward.  They never let me down.

A pearl is formed from a piece of sand, wedged between the clasped shell of an oyster, that silently incubates it, layer upon layer, over time.  Extracting the pearl must be done carefully, patiently, so as not to damage the host.

Not long ago, I came across that old college essay.  The typed paper still held its sheen, the hue of a seasoned pearl.  I slipped it out, carefully, from its folder.

I read the scrawled handwriting of my college writing professor, now long gone. I could almost hear his voice echo: “Whatever your parents say about your writing, I encourage you to work on it, and work hard.  You have a gift…”

Something within my heart seemed to loosen. My throat eased; seemed to clear.

In a curious astrological twist, my mother and I reconvene – in spirit—every year on this day, March 26th, the day I was born to her, and, decades later, the day she departed from me.

As we commingle again, I can see now that the fact that we interpreted the world differently really did not matter. If anything, it strengthened us, helped us grow.

What mattered in the end was the purity and intensity of our love for each other.

And that has been the greatest gift of all.

About the author:  Julie Vogel is a freelance writer and sexual assault prevention advocate. Her upcoming novel, Pinned, set during the pandemic, tells the story of a star high school wrestler who newly discovers remorse and compassion after his rape of a childhood friend.