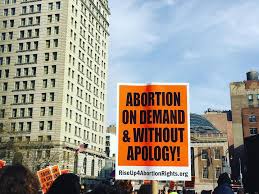 It was Tuesday, March 8th, International Women’s Day in New York City’s own Union Square. The sun was shining bright and there was a slight breeze that brought with it the last remnants of the cold winter chill. I was walking with my daughter, stepping out of the Barnes and Nobles store just north of the Square … Read more Australian Actress Nicole Kidman, and her Country Singer husband, Keith Urban, own an 11-acre farmhouse in Australia where they live for six months each year with their daughters. Here is a glimpse into the luxurious property.  Award-winning actress Nicole Kidman and her husband Keith Urban have been inseparable since the pair fell in love in … Read more One father had vowed to his daughter that he would throw her a huge ceremony when she eventually got married — However, life took a turn, standing in the way of this sacred promise.  Many fathers dream of walking their daughters down the aisle. Nevertheless, that vision seemed impossible. Thirty-one-year-old Andy Barnard, from the town of Thetford … Read more Ben and Erin Napier are one of the most enjoyable couples on television. Before the launch of their HGTV show, the lovebird’s romance was already up and running.  Fans who enjoy HGTV would have come across the fabulous duo Erin and Ben Napier, who are both masters in the art of transforming an ordinary-looking house … Read more A terminally ill woman is determined to live long enough to see her longed-for first grandchild but the doctors don’t hold out much hope. When Helen Marstons was 43, she was diagnosed with a particularly virulent form of cancer, and she beat it even though the odds were against her. Helen was a born warrior and never … Read more A police officer who had been cleaning a young girl’s memorial site for years went viral after a TikToker shared his video in August. The cop was recently approached by the girl’s mom, who thanked him for his kind gesture.  It’s not often that we come across incredible stories involving random acts of kindness performed by … Read more Monica told her mother, Vivienne, that she was engaged to a new man named Zach. The older woman couldn’t believe it, mainly because he was not wealthy, so she decided to dress up as a poor woman and investigate. She couldn’t have been more shocked at the scene she found in Zach’s house. Vivienne Marsh’s daughter, Monica, … Read more While the rest of the world got into the holiday spirit, “The King’s Daughter” star Kaya Scodelario celebrated her fifth year in marriage.  The “Crawl” actress and her husband Benjamin Walker met on “The King’s Daughter” set back in April 2014. Theirs was an instant connection, and within two months of meeting, they had begun a … Read more Five daughters who were “too busy” to meet their dying father and say goodbye compete to treat their widowed mother like a queen after discovering the inheritance she got from him. While talking to her mother about aging, a young woman realized how money could not buy everything in this world, particularly love. Redditor sweetpotato37 and her … Read more American actor Bruce Willis and his wife Emma Heming, in their bid to move back to the west coast, traded their New York home for a multimillion-dollar estate property in California.  Bruce Willis has become a household name in Hollywood with appearances in multiple blockbuster movies like “Die Hard,” “Pulp Fiction,” and “Friends,” making him … Read more After being on tour in the Republic of Korea for one year and being away from his family, a proud father, Josh Risher, surprised his daughters with an unexpected arrival at an event in their school. Here are the full details of the story. In December 2014, five-year-old Kaylee and eight-year-old Christy were left in … Read more Legendary boxer Mike Tyson is popularly known for his time in the boxing ring, which was largely successful, albeit marred by episodes of violence and personal chaos. However, the death of his little girl caused him to change. From the ’80s to the late ’90s, Mike Tyson literally had the world in his hands. Touted … Read more