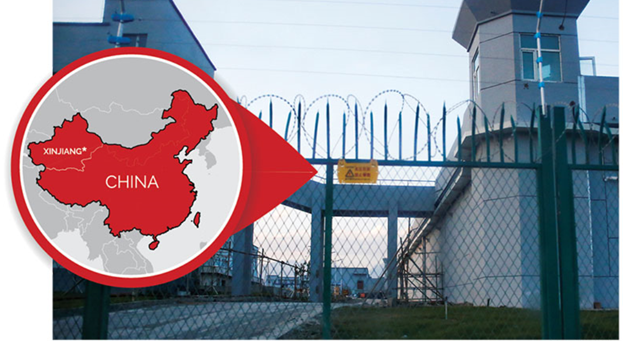 The Chinese government has launched a year-long campaign to stem trafficking of women and children. The decision was prompted by a public uproar over its longstanding failure to tackle bride trafficking.

It all started with a woman the authorities call Little Plum Flower. Shocking images of Little Plum Flower, whose surname is Yang, surfaced in late January after a blogger documenting poverty in southeastern China shared footage of her chained in a grim hut, a padlock dangling from her neck. She was underdressed for the cold, and seemingly confused and distressed.

Even more shocking, Yang’s circumstances were not hidden. She seemed to be in a location where any passerby could see her. It raised questions as to whether this sort of treatment was common, and about the role of the authorities, who are otherwise well-known for inserting themselves into every aspect of people’s lives.

The government worked hard to censor the video and discussions—especially as Yang’s case unfolded as a shocking contrast to the glossy Beijing Olympics – and issued several contradictory, confusing explanations. That clumsiness was in stark contrast to the government’s efficiency and resoluteness when cracking down on human rights activism and arresting critics.

In its latest account, the government said Yang, now 44, is from China’s southwestern Yunnan province and was trafficked and sold as a bride twice in the late 1990s. Those skeptical of the government’s account have been targeted. The authorities detained activists who tried to visit Yang’s village, threatened people who did their own online sleuthing, and harassed those who demanded a thorough investigation. As netizens commented: To the government, whether people “believe [the official account] or not is not important—submitting to it is what is important.”

Just as the outcry over Yang was fizzling out, another similar incident emerged in the northwest province of Shaanxi, where a man allegedly forced a homeless woman into marriage and locked her in a cage. In now-deleted live-streamed videos, the man said he had two children with the woman, a boy he had been raising and a girl who he sold to a neighboring village at birth.

The Chinese government has a serious bride trafficking problem. The government’s one-child policy, in force from 1979 to 2015, prompted many parents to feel that if they were permitted only one child, that child should be a son. Over generations this policy drove a demographic disaster: a population with 30 to 40 million more men than women. The difficulty many men now face finding wives drives a brutal business of selling women and girls inside China and from neighboring countries.

Human Rights Watch investigated bride trafficking to China from northern Myanmar, where women and girls are vulnerable to trafficking due to abuses by the Myanmar government. Once purchased they were held prisoner, in sexual slavery, and pressured to produce babies as quickly as possible. Similar stories of transitional trafficking have been documented in Cambodia, Indonesia, Laos, Nepal, North Korea, Pakistan, and Vietnam. Many of those trafficked are from vulnerable communities. It’s harder for international organizations to document trafficking cases within China because of the government’s severe repression of the media and the internet.

For a government that is obsessed with maintaining “social stability,” millions of unmarried, impoverished men are a threat—such that the authorities do little to crack down on “bride” trafficking. As documents from the verdicts database “China Judgments Online” show, courts across the country have denied many trafficked women’s petitions for divorce, even after some endured years of domestic abuse and violence from the “husband.”

But the problem is becoming harder to ignore. Chinese citizens’ sizzling anger is not only directed at the local authorities who failed to protect the chained and caged women, but at the political system that has always treated women’s bodies as tools for its economic development goals and has violated women’s right to reproductive choice through abusive, and sometimes violent, means.  In 2016 the government replaced its one-child policy with a two-child policy and then, in 2021, a three-child policy. These changes leave in place restrictions that violate international human rights law, which protects women’s right to freely choose whether, when, and how many children to have.

The trafficked women’s suffering has also evoked people’s broad sense of powerlessness toward the unaccountable rule of the Chinese Communist Party and the countless abuses it inflicts. The government should see the furor as an urgent call to end the real causes of its bride trafficking problem — gender discrimination and violations of reproductive rights—and, equally important, let people speak their mind.